Terry has been a Director of several listed companies over the past 30 years in both executive and non-executive capacities. These companies include XRF Scientific Ltd, where he was Managing Director for 4 years, Western Biotechnology Ltd, Heartlink Ltd, and Scientific Services Ltd.

Originally trained as a chemist, his interests and expertise now lie in the area of development and supervision of a culture of Board integrity, commensurate with technology commercialisation. Terry is a Fellow of the Australian Institute of Company Directors and joined the Board in June 2014. 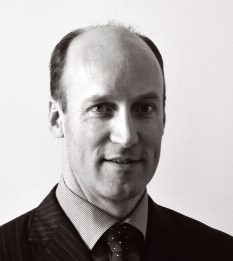 Richard, a co-founder of the Company, is a highly practised business manager and protein chemist expert in analysing biomolecules using proteomics techniques. He has an extensive expertise in chemistry, immunology, mass spectrometry, peptide synthesis, high performance computing and robotics.

Richard has international experience in both science and business gained over a 30-year period in Australia, USA and the UK, including work in hospital and academic laboratories and commercial organisations. He completed his chemistry degree (MA) at Oxford University, his PhD in immunology at London University and was a Post-Doctoral scientist (molecular immunology) in a large research institution in Australia (Telethon Kids Institute).

After managing the Protein Analysis Facility at the University of Western Australia, he co-founded Proteomics International Pty Ltd in 2001. Richard is well published in peer review journals, and holder of several patents.

Roger Moore has 40 years experience in the international pharmaceutical industry, including almost 30 years as President of Novo Nordisk Japan. Mr Moore established Novo’s organisation in Japan as the first employee in 1977, and worked for the company until his retirement as Chairman at the end of 2007. From 2000, Mr Moore was appointed Senior Vice President, Japan and Oceania Region, responsible for Novo Nordisk’s business in Japan, Australia, New Zealand and the Pacific. He was also appointed a member of the Senior Management Board, Novo Nordisk A/S.

In 2007 Mr Moore was awarded the Knight’s Cross of the Order of the Dannebrog by Queen Margrethe II of Denmark.

Since 2008 he has split his time between Australia and Japan and has worked to assist selected Australian biotech companies and selected Japanese pharma companies in their international business development activities.

Paul House previously served eight years as the Managing Director of SGS India, where he was responsible for a workforce of approximately 4,500 personnel across 65 locations in India, including 38 laboratories. SGS is the world’s leading Testing, Inspection and Certification (TIC) company, and operates a network of offices and laboratories in more than 140 countries.

Karen has extensive compliance, capital raising, merger and acquisition, IPO and backdoor listing experience in a diverse range of industries including technology, media, resources, health care and life science. She has assisted a substantial number of private start-up and established businesses transition to being publicly-listed companies for over 13 years.

Karen is presently the principal of a consulting firm and secretary of a number of ASX-listed companies, providing corporate and accounting services to those clients.